Opening on Monday 23rd 6 PM in presence of the artist

We will be closed on Thursday 26th of May 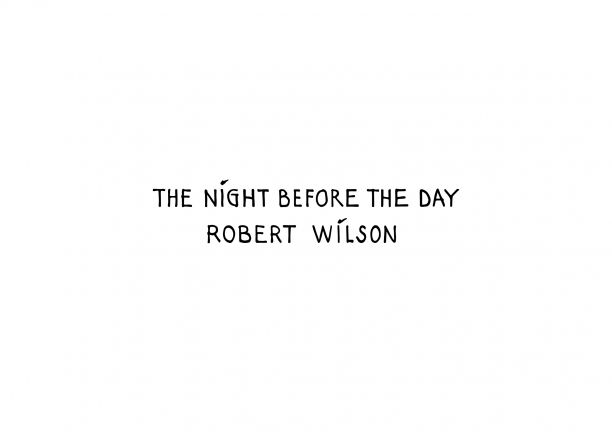 The Night before the Day is an exhibition of works that I have created over the past three decades. The past few years have been dark times for many, for me these abstract works relate to the very times in which we live. Einstein said, ‘Light is the measure of all things." and that is true, as without light there is no space. I start with light, and think of light first when I am making my work. It is the architecture of light that is the most important element in my work, without light there is nothing.

“[Robert Wilson is] a towering figure in the world of experimental theater and an explorer in the uses of time and space on stage.” —The New York Times

Born in Waco, Texas, Wilson is among the world’s foremost theater and visual artists. His works for the stage unconventionally integrate a wide variety of artistic media, including dance, movement, lighting, sculpture, music and text. His images are aesthetically striking and emotionally charged, and his productions have earned the acclaim of audiences and critics worldwide. After being educated at the University of Texas and Brooklyn’s Pratt Institute, Wilson founded the New York-based performance collective “The Byrd Hoffman School of Byrds” in the mid-1960s, and developed his first signature works, including Deafman Glance (1970) and A Letter for Queen Victoria (1974-1975). With Philip Glass he wrote the seminal opera Einstein on the Beach (1976). Wilson’s artistic collaborators include many writers and musicians such as Heiner Müller, Tom Waits, Susan Sontag, Laurie Anderson, William Burroughs, Lou Reed, Jessye Norman and Anna Calvi. He has also left his imprint on masterworks such as Beckett’s Krapp’s Last Tape, Brecht/Weill’s Threepenny Opera, Debussy’s Pelléas et Melisande, Goethe’s Faust, Homer’s Odyssey, Jean de la Fontaine’s Fables, Puccini’s Madama Butterfly, Verdi’s La Traviata and Sophocles’ Oedipus.

Wilson's drawings, paintings and sculptures have been presented around the world in hundreds of solo and group showings, and his works are held in private collections and museums throughout the world. Wilson has been honored with numerous awards for excellence, including a Pulitzer Prize nomination, two Premio Ubu awards, the Golden Lion of the Venice Biennale, and an Olivier Award. He was elected to the American Academy of Arts and Letters, as well as the German Academy of the Arts, and holds 8 Honorary Doctorate degrees. France pronounced him Commander of the Order of Arts and Letters (2003) and Officer of the Legion of Honor (2014); Germany awarded him the Officer’s Cross of the Order of Merit (2014). Wilson is the founder and Artistic Director of The Watermill Center, a laboratory for the Arts in Water Mill, New York. 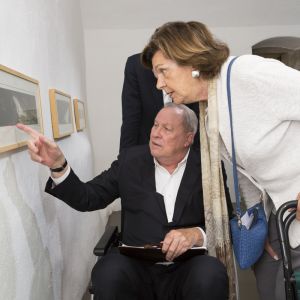 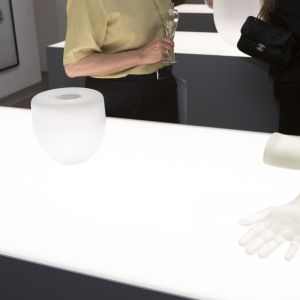 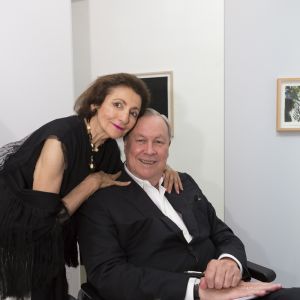 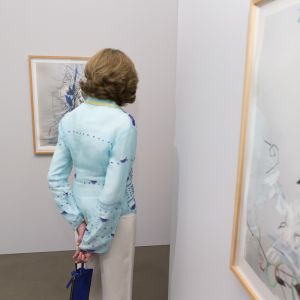 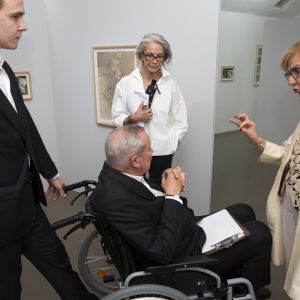 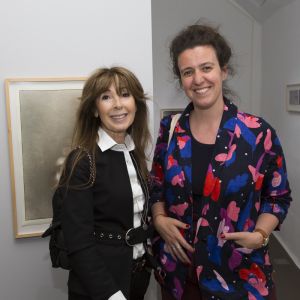 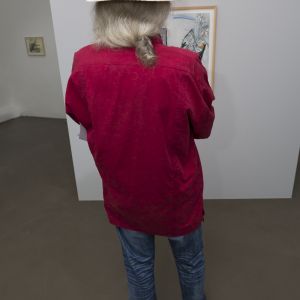 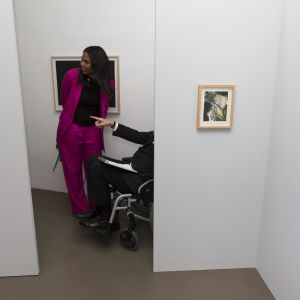 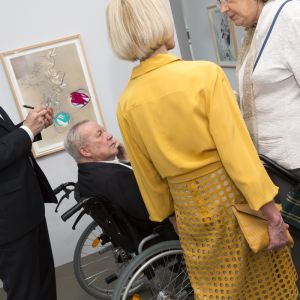 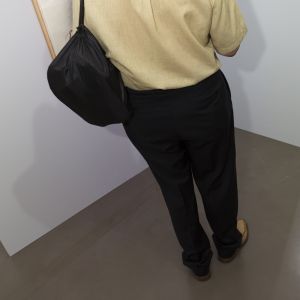 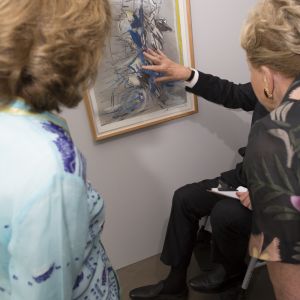 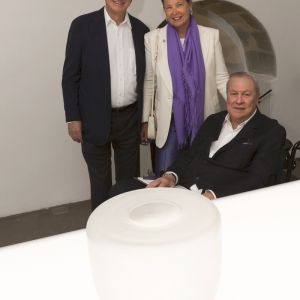 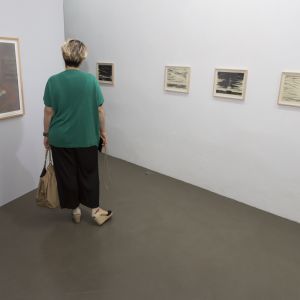 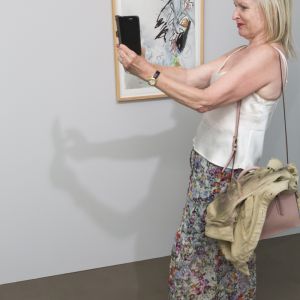 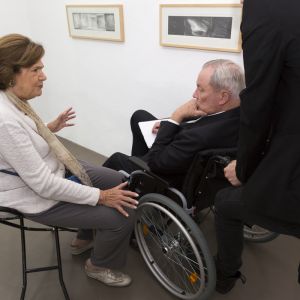 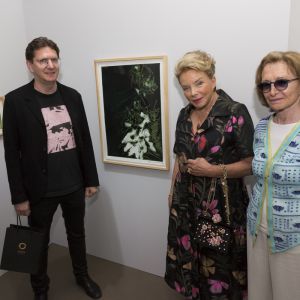 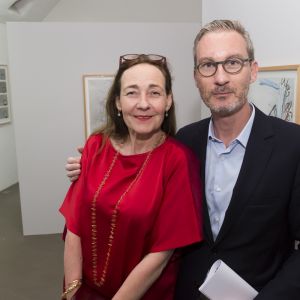 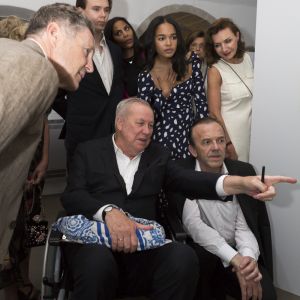 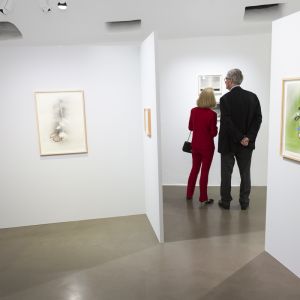 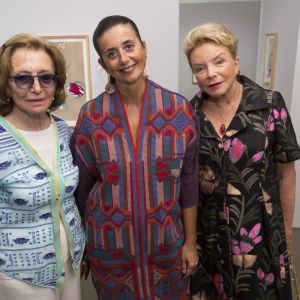 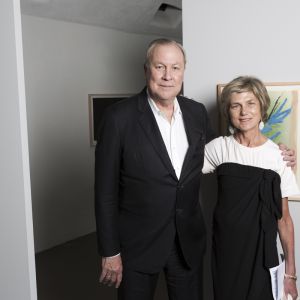 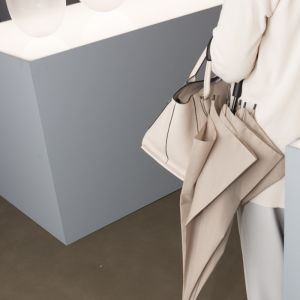 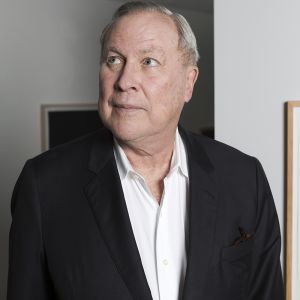